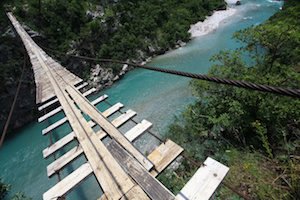 All of us worry or become nervous and even fearful at times.  But sometimes these experiences happen too often, get in the way of doing what we want to do, or feels too bad or beyond our control.  We use only the most scientifically supported treatments for anxiety that often help to make people’s lives better between 6 and 24 sessions, sometimes less.

Anxiety is very different from what is commonly portrayed in the media as mental illness.  It is a normal process that is built into human nature to protect us from real dangers in our environment and to motivate us to put effort into our work, our family, and our daily responsibilities.  But sometimes it becomes overwhelming for a variety of reasons, including for example, pressure at work or at home, a traumatic experience, or by putting too much pressure on one’s self to be perfect or to attempt to avoid even the smallest and most unlikely negative events.  It can lead to sleep problems, withdrawal from friends and social situations, difficulties performing one’s responsibilities, and lower quality of life.  Common labels for anxiety include (click the term to read more) generalized anxiety, social anxiety (also known as social phobia), test or speaking anxiety, phobias, panic attacks, agoraphobia, OCD, and post-traumatic stress disorder (PTSD).

Many people do not seek treatment because they are concerned that they will be labeled as mentally ill or crazy, or that the anxiety is a sign that they are somehow not capable.  This could not be further from the truth.  It is quite common among professors, college students, professionals, business people, government leaders, soldiers, parents, and spouses – and it is generally considered the most treatable concern that psychologists work with, assuming that the best approach (cognitive-behavioral therapy) is used.  While not everyone is cured, empirical research has demonstrated that a large proportion of people suffering from anxiety disorders see dramatic improvements with Cognitive Behavioral Therapy.  You might be surprised.